So, I’ve had a problem converting the ASA’s site 2 site tunnels from Policy Based to Route Based – when trying to create the tunnel from the Azure side, the cryptomap presented from Azure is local: 0.0.0.0/0 remote: 0.0.0.0/0, and if you make a VPN tunnel on your ASA with this crypto map, the ofc. all traffic will go into the tunnel, and you cannot acces the internet anymore, unless that breaks out in Azure.

So the setup need to be changed on the ASA to support a any/any crypto map and only route the traffic that actually resides in Azure through that tunnel. Looking at how routers do this, is by creating a Tunnel interface and route traffic towards Azure through this interface – so I will show here, how i mirrored that approach to the ASA.

Azure details, will be short and without screenshots:

Create the VPN
Go to Virtual Network Gateway -> Connections and Add a new
Connection Type: Site-to-Site (IPSec)
PSK: Set this to whatever you choose – and remember it for the ASA config

(Guide currectly only for ASDM) 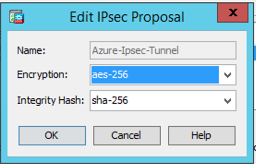 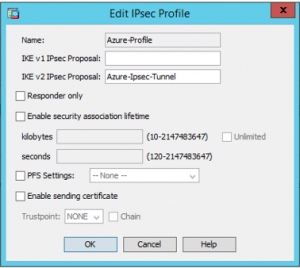 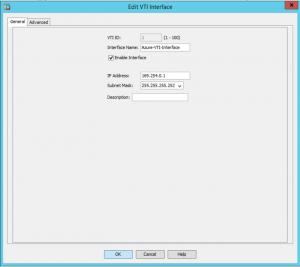 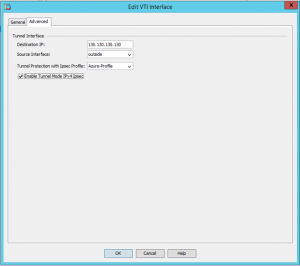 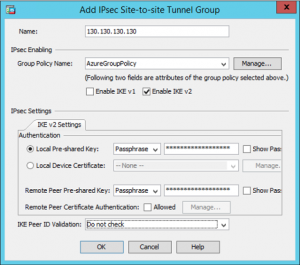 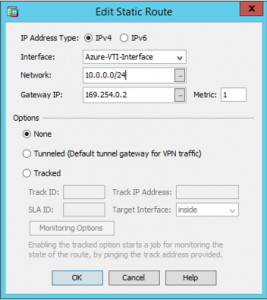 Apply and Save Configuration